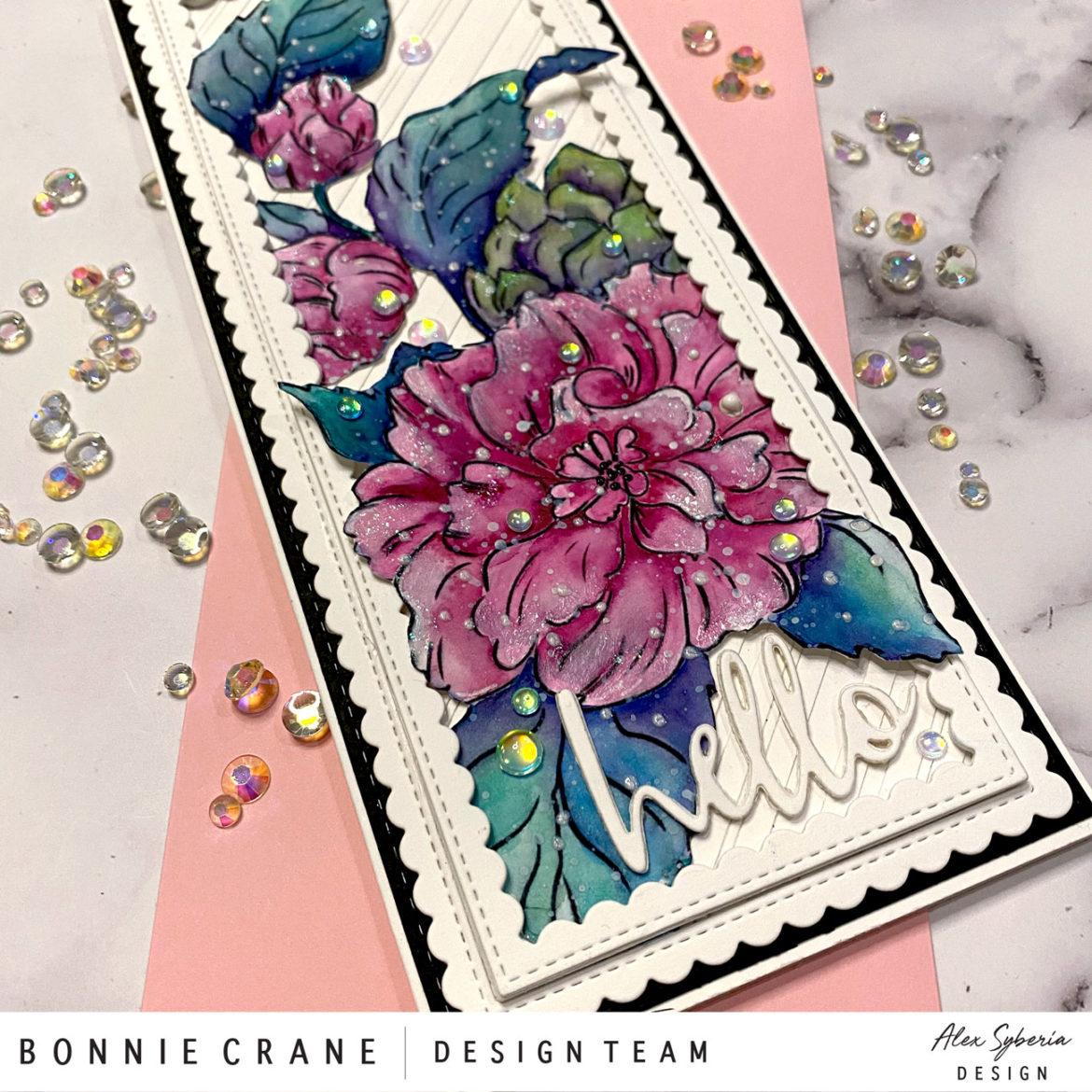 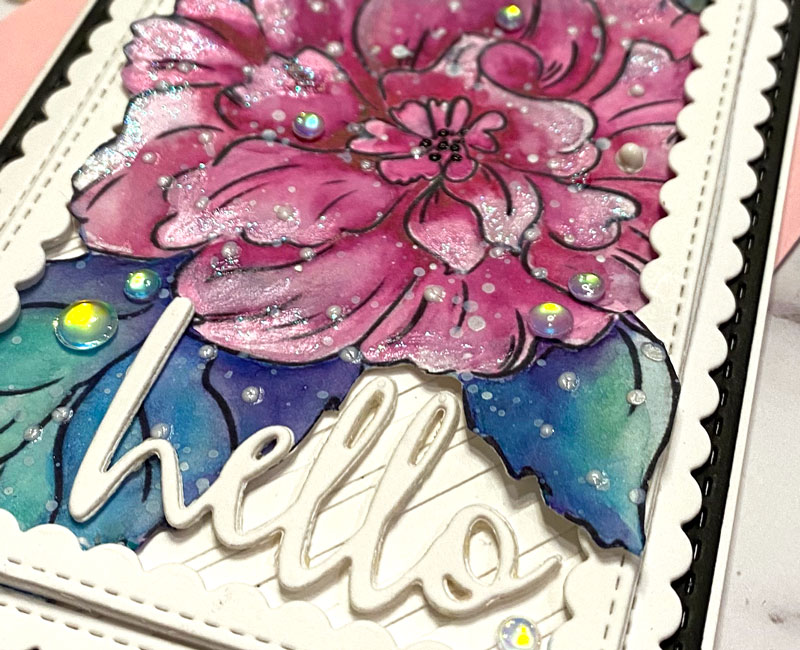 I began by water colouring the image using Mission Gold water colours. To create depth, the flowers and leaves were ‘under painted‘ and left to dry. The colour was built up using a wet on wet technique. The leaves were painted with blues, purples and blue-greens. The flowers in rose tones and the succulent in olive green with a hint of purple. Initially, I water coloured the background and did not like … so I got rid of it!!!! The image was fussy cut and spattered with watered-down white gouache. 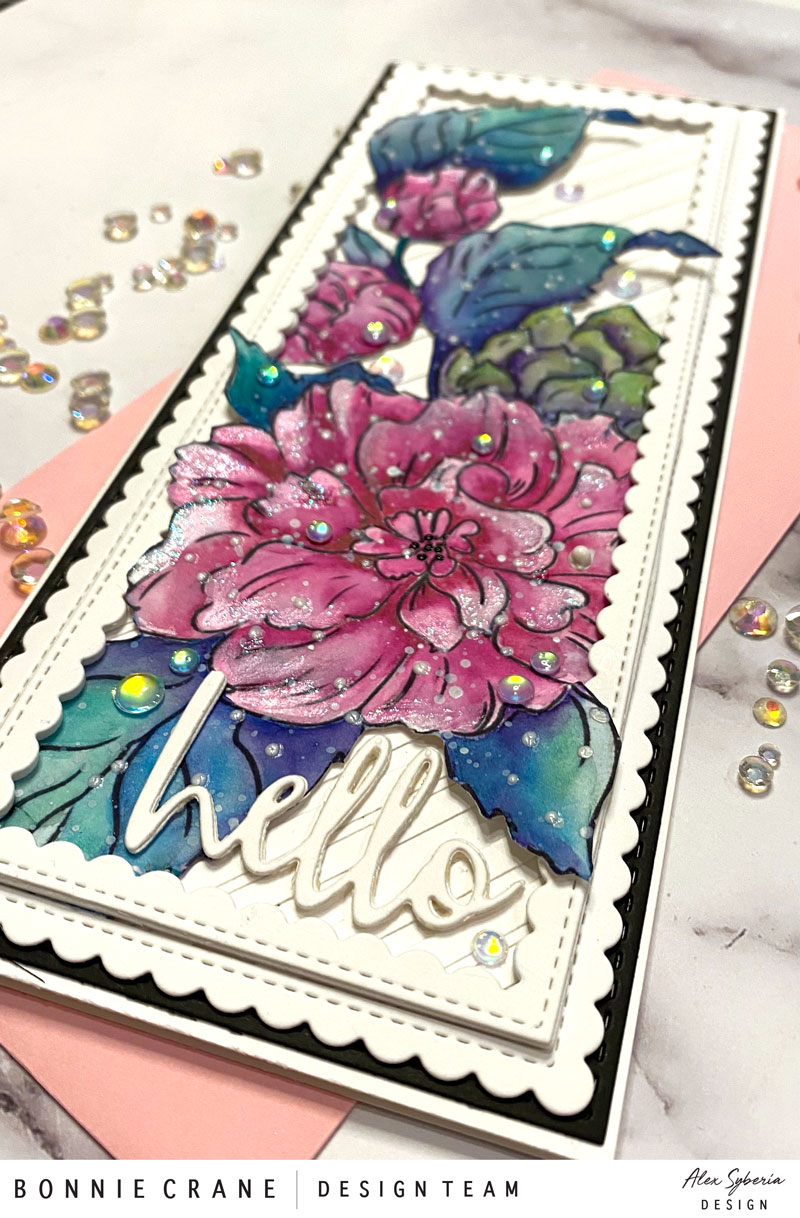 I used three dies by Pinkfresh Studio to create a layered background; Slim Stitched Rectangles, Slim Fancy Diagonal Stripes and Slim Stitched Scalloped Rectangles. The diagonal stripe background was larger than the scallop frame so it needed to be trimmed down. I adhered it to card stock with permanent spray adhesive and die cut it with the second largest die in the Stitched Rectangle set. The largest die was used to cut black card stock and the striped panel was adhered to it and mounted on a card base measuring 3 3/4” by 8 3/4”. The Scalloped Rectangle die produces two separate die cuts. The outer frame was adhered to the striped panel and the inner one mounted on a foam die cut. The image was trimmed to fit within the outer frame. Glue was not applied to some of the leaves The inner foam backed scallop frame was adhered butting up to the edge of the outer frame The leaves that extended over the frames were positioned on top. Foam squares were used on the leaves to provide added dimension.

THANKS SO MUCH FOR YOUR VISIT!

Tis The Season To Be Merry

Birthday Card For You