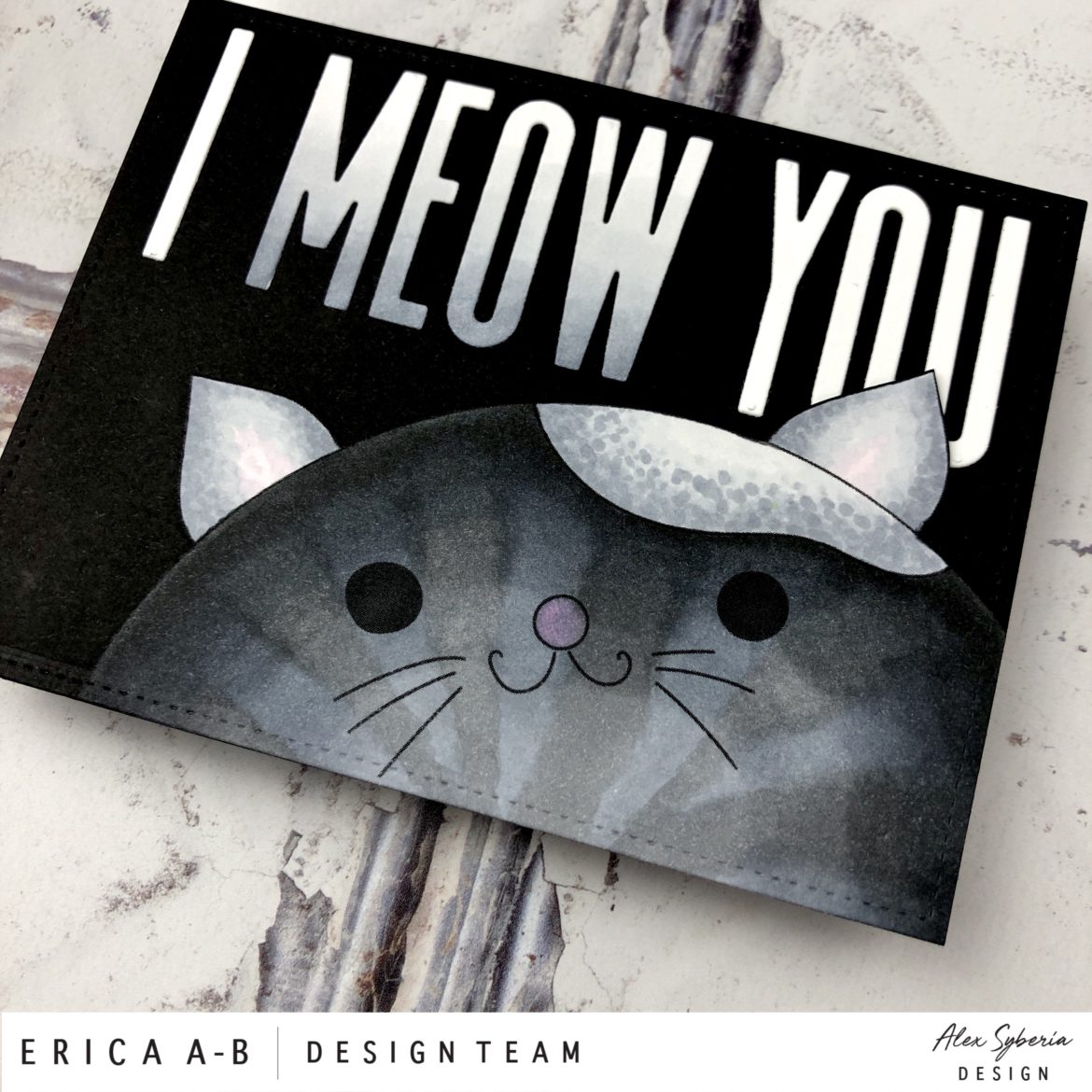 It’s Erica here today, with my first post as part of the Design Team!

I have two cards for you, both made with the Cat from the Cute Donuts Set. Both are coloured with Copic markers, but in totally different ways. 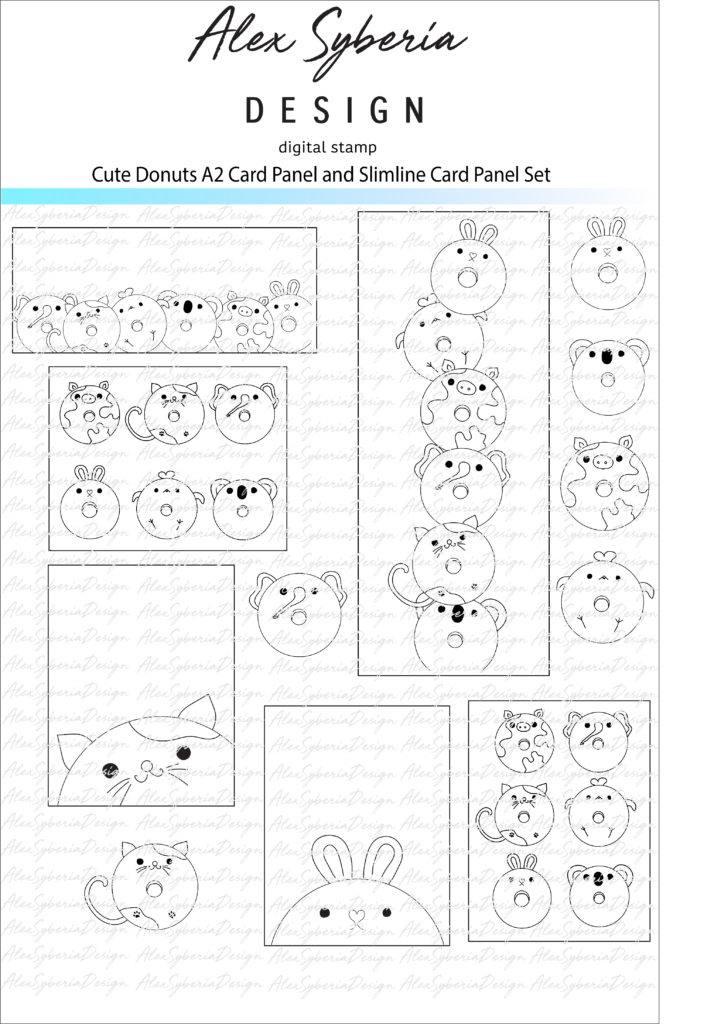 The first one was done with lots of blending and some dotting to create some texture. I used both warm and cool greys, and coloured the cat in to create stripes. I have two cats now, they are both strays and one is a white and ginger girl called Carmen, and the other one is a very cheeky boy we call Carlos. He’s grey and has stripes throughout his fur, and he has big gorgeous green eyes. I have that thing where I colour almost all critters as my pets. It’s a real thing.

I fussy cut this cat out and adhered it to a black card base, where I had adhered letters spelling out ‘I meow you’. These letters are some of my faves right now, they are from Concord & 9th and are called All The Letters Dies. To make the meow pop a little, I shaded them a little with some light Cool Grey beforehand.

The second card was done with Cool Greys as well, only in a dotting (might be called stippling?) manner. I started around the edges and the tips of the ears with a C9, and then worked my way down the kitties face with lighter and lighter markers. The lightest one is C5.

For the nose and the inner bits of the ears were done light pink. At the end of the card making I added some Glossy Accent on the nose to make it dimensional and shiny. I also added googly eyes to the cat for a comical aspect, I’m loving googly eyes recently!

On this card I added some ink blending through a stencil for the background. First of all, I cut out a mask to cover the cat. The stencil and colours used are from Catherine Pooler, and the colours are called Chiffon, Catching Rays and Do-Si-Do. I love this stencil, and have used it a lot. It’s called Swoop and has a fun pattern to it.

I do love a good pun, as you might have noticed from the first card, so of course I had to use another one for the second card. Using the same All The Letters Dies, I cut out ‘purr’ from the panel directly, as well as from foam to raise them up. The sentiment was finished off with an alphabet stamp set from Concord & 9th called Banner Alpha Bits, to write out ‘you are purr-fect’. I stamped these up with Dove ink for a softer look.

Both cards are cut out with the Lawn Fawn Stitched Rectangle die to get that nice stitched border around them too. So, that’s it from me for today. I hope you enjoyed this post and these cards. I will be back with more card making next month, and hopefully a video for those too!

Thanks for stopping by today. Lots of love and happy crafting from Erica

You can find me over on Instagram and YouTube if you want to see more of me, my cards and general crafting shenanigans.

Clean and Simple Sparkle and Dance